My Doctor Who predictions for the rest of series six 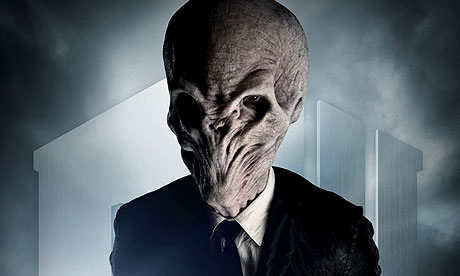 I think that Matt Smith has done a hell of a job taking on the role of The Doctor after the truly EPIC performance by David Tennant during his tenure – big shoes to fill. This series has been interesting, though in my opinion, not quite as entertaining as Matt Smith’s first series … or maybe not quite as frantic, I haven’t quite figured out which. I do enjoy River Song a great deal and I think she’s a great addition … but … I don’t like how Rory’s character hasn’t been allowed to expand in any significant way because he really is a strong character and an integral part of The Doctor’s relationship with Amy – he’s sort of … like luggage, you know? He’s just a tag along and … like … he waited two thousand years for Amy! TWO THOUSAND YEARS!!! DO SOMETHING WITH THE GUY! (I did like how he punched out Hitler, though.)

One big problem with this series so far: um … Amelia Pond has had her baby taken from her and she’s totally cool and not traumatized by this. Really? I mean … really?????? And inserting Mel (who morphs into River Song) The friend Amy and Rory raised???? Seriously??

So, my predictions for the balance of the series:

1) I’m going to assume that Steven Moffat knows that Rory is underutilized and therefore, he’s going to have Rory do something utterly spectacular and heroic in the series finale.

2) Amy is going to retire from traveling through time and space by having a falling out with The Doctor.

3) River Song’s timeline is going to be amended and The Doctor will not be shot because ….

4) I think that River Song is going to have to die before she has a chance to shoot The Doctor.

6) The Silence will be silenced

7) The remainder of this series will be Dalek-free

10) The Doctor is going to become very dark and brooding and vengeful after he comes to terms with losing River Song.

I could be wrong, of course … and I probably am. But hey, I’m a Doctor Who fanboy and even a mediocre episode of the show is a thousand times better than most stuff on TV these days.

Tags: Doctor Who, does anything else really matter
Copyright © 2015. All rights reserved.