It’s been a freaking crazy year in publishing what with Borders going the way of the dodo and Amazon taking over planet earth. Ebook readers finally dropped below the psychologically expensive $100 barrier with Kindle taking a giant leap in that regard. Independent bookstores are closing, online sales are up, self-publishing is going nuts … still, there were some very good books and here’s my top five list! (Yeah, so I am friends with some of the authors … no, I didn’t review them to get free books. I just liked the books a lot!) 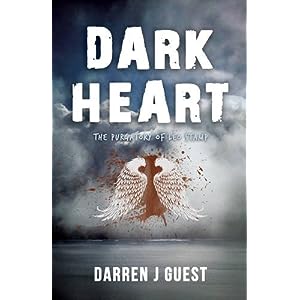 This is the debut novel from British author Darren J. Guest and I absolutely loved it.

The protagonist is a jerk who isn’t entirely the most likeable guy on the planet, there’s plot twists aplenty, Sean Connery talking through a movie poster, a surprise ending and much, much more. I even did a review of it here. Great book from a great up and coming author who I hope lands an agent soon. 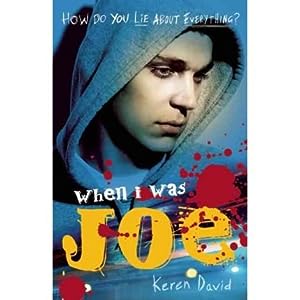 When I was Joe by Keren David

Keren and I have the same agent, but that’s not why I got the book. (which came out in 2010 so yeah, I’m a year late..) I read it because I wanted to see how other authors were writing Young Adult stuff given that I’m rather a newbie in that regard. All I can say is … wow. It is gritty, frigging brutal, actually and it’s kind of a frightening book. As a parent myself, I kind of shudder when I think about how little I know about this dark and often dangerous world our kids live in. Ty is an entirely believable protagonist and the plot is tight tight tight. In short, Ty witnessed a murder and goes into witness protection. Under his new name, Joe, he’s got to build a life somehow … but how the hell do you do it when you’ve seen a person killed and you aren’t who you really are supposed to be. This book gave me a window into a world of violence that I think a lot of parents don’t want to think about or worse. deny exists. It’s raw, gripping and powerful. Most importantly, it’s honest … brutally honest. Get this book for yourself or your rugrats – you won’t be disappointed. Keren David proves that YA fiction doesn’t need sparkly Emo vampires the be engaging. Oh … and there’s a sequel. I have to read that one, too. 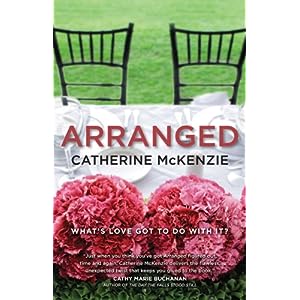 I loved this book. LOVED it. I even did a review over here. Yeah, I know this is chick-lit and I’m a guy, but I read Catherine’s first book SPIN (WHICH IS FANTASTIC!) and I just had to read her second book.

It’s a very simple premise: Ann Blythe has it all – except for a good relationship. Everything changes when she finds a card for an “arranged marriage” company … you see where this is going. All I can tell you is that if there isn’t a movie deal with Katherine Heigl as Anne, there is no God.

Hot on the heels of his bestselling FLU, Wayne Simmons is zombifying the planet, one bloody victim at a time. Originally published by Permuted Press and picked up by Snowbooks, Belfast is once again the setting and dammit, it’s so good to read a zombie novel that doesn’t take place in a major US city. Simmons *gets* zombies. He writes tension and terror really well and what’s so good about this novel is the fact that he’s done something so freaking different. Instead of rotting away, some of the monsters are getting more and more beautiful with each passing day. WTF … I didn’t see that coming!!!! Talk about a mind@#$! These creatures are shadows of their former selves. Their minds carry faint memories of their past lives. If a zombie novel can be heartbreaking … geez, this is it. Read it today…. you won’t be disappointed.

The Madman and the Butcher by Tim Cook 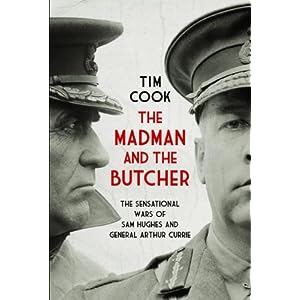 I am one of those Canadians who actually reads a hell of a lot of Canadian history. (Because, you know, they don’t teach this stuff in the school system anymore. Actually they didn’t when I was a teenager nearly thirty years ago, but I digress). I’m a former infantry soldier. I was stationed at Currie Barracks in Calgary back in the 1980’s. I love military history. I think that Sir Arthur Currie got a shitty deal from his country and still does now eighty years after his death. This is a fascinating window into a very young Canada at the start of a global conflagration that would consume ten percent of the human population when it was over. It’s a story that fights pretty hard to restore some of Currie’s reputation (most people in Canada have never heard of the man and he’s our most famous general.) It is brutally unforgiving in its portrayal of Sir Sam Hughes, Canada’s Minister of War until he was canned midway through the war,  showing him to be a bullying narcissist who’d steamroll over anyone, including the Prime Minister at the time, to get his way. Thoroughly engaging and a real page turner. Get this book. (Yeah, I know it was published in 2010 but I just got to it this year so it makes this year’s list.)

Tags: Best books of the year
Copyright © 2015. All rights reserved.