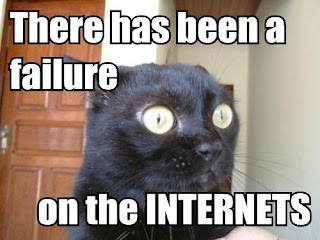 “A bad review is like baking a cake with all the best ingredients and having someone sit on it.” Danielle Steele

This is a blog posting about book reviews and how 2012 is the year that dumb-ass, terrifying & @#% weird-ass stuff relating to reviews and publishing in general hit critical mass. (Sort of different but not entirely different than my 12 Stages of Good Reads Author Meltdown that I posted about a few weeks ago.)  I feel like writing one because, well, is it just me or does it seem like 2012 is the year when book reviewing became a major issue that everyone is talking about? If you Google “Author Meltdown” you’ll wind up with 1630 results – that’s like … a lot.

Me? I have a theory that goes like this – publishing (authors, agents, publishers) have been driving down a dark highway without the benefit of headlights for a while now. 2012 is when they smashed into a bull moose that walked onto the pavement. The moose, by the way, is the Interweb.

Why authors and why now? Because authors are;

a) Dirt poor and can’t afford a publicist

c) Did I mention that the lion’s share of book promotion has been downloaded onto authors? Yeah, it has.

We should have seen it coming, all of us. Blogging has been around for more than a decade. Twitter is real time as it happens social networking and nobody can deny the immense power of Facebook … but there’s a new player on the scene – Goodreads. (Well, not really that new. It’s been around since 2006.) Yeah, I know there’s Shelfari and Library Thing but Goodreads is the undisputed king of book-related social media. It boasts 10 Million members – a fart in the breeze compared to Facebook, but we’re talking about books here and not, oh, say … how you barfed in a cab last Saturday after leaving the nightclub. Library Thing has 1.5 Million members and Shelfari, an extension of the all-seeing Amazon has … hmm .. unknown, actually. Maybe that’s an Amazon secret.

There’s another factor that I don’t think anyone would have seen coming, either. Self-published books. There are metric tonnes of self-published books thanks to Amazon Digital Services, Cafe Press, etc. Now I’m not going to say the bad author behavior is exclusive to self-published authors, but it seems to me that a higher proportion of bat-shit craziness can be attributed to them. (I have a theory on this one too. It has to do with how @#$*^ hard it is to find an agent and get published and how your agent would drop your sorry ass if you ever did something so stupid as to declare war on a blogger who didn’t like your book. Very simply, most authors have worked too long and too bloody hard to find that agent and get that publishing deal than to go ape shit on a reviewer who thought your book sucked ass.)

And I can understand why some authors might have difficulty restraining themselves. There’s a lot of snarky-ass reviews out there. But want to know something? Social media is all about snark. Snark is the currency of the Internet, forget US or Canadian dollars! Hell, one of the best ever blogs on the process of getting published was called “Miss. Snark.”

Were I to say that self published authors don’t have the discipline yet of learning how to respond to criticism compared to agented authors, I would get hate mail.  Not all self-published authors are the same just as not all agented authors are the same. Still, you can’t deny that regardless of your authorly status, the very fact that book lovers are now connected to one another on an unprecedented scale, well … you might want to keep your trap shut if you see a review that makes you want to take leave of your senses.

Very simply, you’re going to get called on it. Fast. Super fast. At the speed of an electronic virus even. In fact, your bad behavior will … go … viral. And really, what kind of virus has a happy ending? In short, no good can come from commenting on a bad review. Hell, I get bad reviews all the time. Do they bug me? Sure – nobody likes criticism. But I’m not insane enough to declare thermonuclear cyber-war on a blogger who wrote what I perceived to be an asshole-ish review of my book.

You have to step back – I know it’s hard, but you really must do it. You don’t have a choice, dear authors. You will get steamrolled if you don’t. And, see … once you dip your toes into a tepid tub of bad author behavior, you can’t undo it. In fact, attempts to undo the damage can go viral in their own right and an Interweb story that might have had a life span of a couple of days begins to take on a life of its own for weeks on end.

Good reviews are a vanity issue for authors. Bad reviews are too, and you know what they say about vanity, right? The true test of whether or not your book sucks ass is the question of sales.  That’s the ultimate decision maker in all of this, right? If you sell a jillion copies of a book that has been universally panned on Goodreads, who really gives a rat’s ass if Kirkus or a blogger thinks your book blows on an epic scale?

Unfortunately, I’m a bit of a pessimist about these things and because of this, I wouldn’t at all be surprised if we see a website or blog devoted exclusively to reviewing the reviews. Why? Because review-related controversy has taken a life of its own – it’s only a matter of time until someone is reviewing the reviews. It might be a disgruntled author or possibly a sociology student who might wish to conduct an experiment. Hell, it might be the hacker group Anonymous for all I know.

We’re in strange new territory now. 2012 was just the start of the weirdness and I think it’s going to get weirder and weirder still. Just you wait.

In the meantime, if you’re an author – feel free to post this little jpeg below to your website if you think authors could be doing a better job of keeping their tempers in check. Reviewers are not the enemy!